If you’ve just bought a new chicken coop or are thinking of building one from the ground up, you should consider just one more thing…is the coop properly ventilated?

If the coop has at least one window and a vent to allow for cross ventilation, that may be enough. However, depending on the type of bedding you’re using, how many chickens you have, and size of your coop, you may want to consider additional ventilation. We talk more about the importance of chicken coop ventilation here.

Chicken coop ventilation is a key element in maintaining the overall health of your flock. Without it, your chickens can get sick and die. But don’t dwell too much on that thought!

Most coops provide adequate ventilation as is. But if you’re building one from scratch or want to improve the ventilation in your existing coop, you may want to consider adding a ventilation fan.

We’ll describe some pros and cons of chicken coop ventilation fans so you can make the most informed decision. Okay let’s get at it!

How To Know If Your Coop Lacks Adequate Ventilation

A Few Guidelines With Ventilation Fans

If you’re worried your coop doesn’t have adequate ventilation, adding ventilation fans is a simple solution and easy to install. Thankfully, both online and offline stores offer a variety of chicken coop fans.

A good fan should have the following features:

To achieve a well-ventilated chicken coop, you need to plan the fans in the right position. Here are a few guidelines: Chickens continually produce moisture through respiration and excess heat from their bodies. In an enclosed environment in the coop, the moisture levels can build up and cause dampness. This makes chickens susceptible to respiratory issues. Additionally, high moisture levels cause mold and mildew to thrive, leading to more respiratory problems.

When moisture accumulates in the coop, it settles on the chickens creating a perfect condition for frostbite.

But with proper ventilation, the excess moisture is removed, keeping the coop dry and the chickens healthy.

3. Increases Oxygen Levels in the Coop

Chickens are known for their high respiratory rates, which deplete oxygen very quickly. Moreover, they produce large amounts of carbon dioxide. For the chickens to have enough supply of oxygen, ventilation fans are necessary. They ensure that carbon dioxide-rich air is constantly replaced with fresh air that is rich in oxygen. When the oxygen levels are high, the chickens will thrive well.

Another crucial benefit of ventilation fans in the chicken coop is the removal of dust. Chickens produce a lot of dust that fills the air in the coop. The ventilation fans ensure that the dust particles are moved, which could cause respiratory infections and disease.

Due to their high respiratory rates, chickens are more prone to airborne diseases. With stagnant air in the coop, airborne disease organisms build up and can cause the whole flock to get sick. It is critical to ensure the coop is well ventilated to remove the organisms that cause diseases.

When you install ventilation fans, you will need to clean them regularly. Dust particles and moisture may settle on the fan, which could lead to problems for your chickens. Regular maintenance can be tiresome and time-consuming.

2. Not ideal for small coop size

If the size of your chicken coop is small, it will be difficult to install the ventilation fans. They are more suitable for a larger chick coop to keep the air moving.

Should Air Blow IN The Coop Or OUT…Or Both?

If you install one fan blowing air IN from a window, or from a wall mouned unit, you’ll get great air circulation. However, you’ll also get a lot of dust blowing around in the coop as well if there isn’t adequate exhaust venting. This can defeat the purpose of the fan in the first place!

One way to alleviate this problem is by installing the fan to blow the air OUT of the coop. By installing a wall mounted fan on the opposite side of your window (near the top is best),  any trapped air, humidity, fumes, etc., will blow outside through the fan.

This set up can also work effectively in the cold winter months, as it gets rid of humid air and dust particles yet keeps your flock dry and doesn’t blow cold air IN the coop, which could cause frost bite (depending on your climate).

In the summer when it gets hot, you can consider adding a second fan blowing air IN the coop, thereby having one blowing air in, the other blowing it out. This fan could be a simple house fan (or smaller) positioned in the window to blow the air in, while the second fan (positioned on the opposite wall) pushes the air out.

An important note here: A house fan will not be able to handle the amount of dust it will encounter in the coop and can burn out the motor. An fan that has the electrical components isolated apart from dust is better. Barn fans or similar will work great but will be more expensive. However, they will fare much better. A house fan can be considered if it’s mounted in the window and blowing air IN since it will be circulating fresh air, not the dusty stuff! But it should still be protected from the rain as that can damage the motor or potentially start a fire. So the general rule of thumb here…if you decide to use a house fan, make sure you take some precautions to ensure its safety!

There are many things to consider in this discussion, and the above ideas are our opinions and based on our personal experience. We are not electricians.

For more ideas on coop ventilation fans, Backyard Chickens has a great forum post on the topic here. You’ll find a wide array of ideas presented.

An example of a self-installed chicken coop fan can be found on Pinterest here if you’re looking for some inspiration or an idea of how it will look when installed. 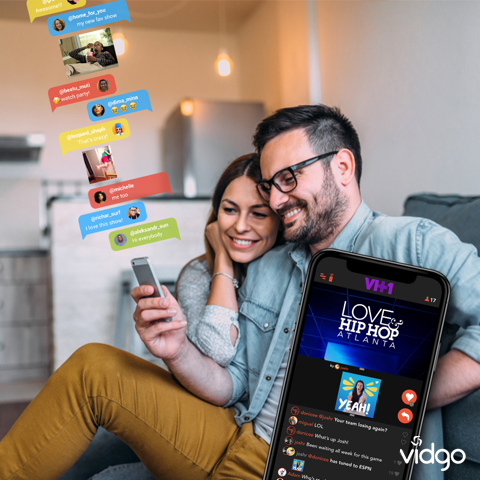 Where To Buy A Chicken Coop Fan

Although there aren’t too many options specific to chickens coops, you’ll find plenty of barn ventilation fans at your local farm store or online.

Amazon has a few choices, and we found a solar powered fan that is advertised for use in a chicken coop.  Tractor Supply store is another great option.

If you’re looking to save some money, you may want to consider finding a used one on Craigslist or Facebook Marketplace.

Do I Really NEED To Install A Ventilation Fan?

After reading this, you may be thinking “but do I really want to spend money on yet another accessory for my coop?” And the answer is…it depends.

If you don’t want to spend a ton of time or money installing a fan (or two) in your coop, you may want to consider simply adding more venting in your coop. For example, if you have vent holes in two sides of your coop, consider expanding those existing vents, or adding venting in another wall. Or, if you notice the venting you have in your coop doesn’t blow the air through very well, perhaps it’s due to improper placment of your coop and the prevailing winds aren’t able to blow through your vents. We talk more about coop placement here.

We have had chicken coops with and without ventiliation fans, and have found that our flock was healthier with a fan installed. It seemed as though our flock experienced fewer respiratory issues.

Having said that, had we added enlarged the venting in our coops that didn’t have a fan, we might have had healthier flocks as well.

We hope we’ve provided a few useful insights into this topic for you. As you can see, there are a lot of variables to consider!

We hope we didn’t overwhelm you with information but provided with enough information to know whether getting a ventilation fan is the right decision for you.

Feel free to leave comments below if you have any experience with ventilation fans in your coop, or if you have additional questions. Thanks for stopping by!